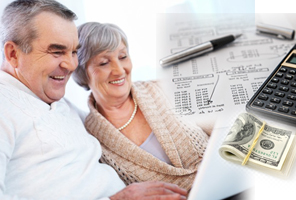 The list of reasons to consider moving to a senior living community just got a little longer. A new study from the Brown School at Washington University in St. Louis found that over time, seniors who live in senior housing communities are less likely to have high rates of hospitalization.

Looking at data from 2002-2012, researchers asked the question, “Is your home part of a retirement community or a type of housing that offers services for older adults or someone with a disability?” Researchers focused on moderate- or low-income seniors to discover the effect that a senior housing environment might have on the need for hospitalization.

The responses showed seniors with multiple chronic conditions who lived in senior housing communities encountered a lower rate of hospitalization than their independent living counterparts.

“It might be that the services provided in senior housing, such as health education, help people identify warning signs and seek treatment sooner, leading to more health care use,” said Sojung Park, the lead author of the study and an assistant professor at the Brown School.

This theory by Park is further reinforced by another study published in the October 2018 issue of the journal Health Affairs. That research compared the Medicare statistics for residents living in affordable housing communities who were provided access to supportive social services with those who were not. The study found that among those who had access to services, hospitalization rates were 32 percent lower, and for those who were hospitalized, the length of stay was one day shorter.

Studies like these are beginning to show the important role that senior housing communities and their services can have. The industry is taking notice. Juniper Communities, which operates 15 senior housing communities throughout the U.S., launched its own wellness program, called Connect4Life, and it’s already shown promising results in reducing hospitalization rates for participants.

It’s just one of many examples of communities across the country that are making a conscious effort to evaluate their programs based on hospitalization rates.

Back to blogs Back to articles Back to Home Page